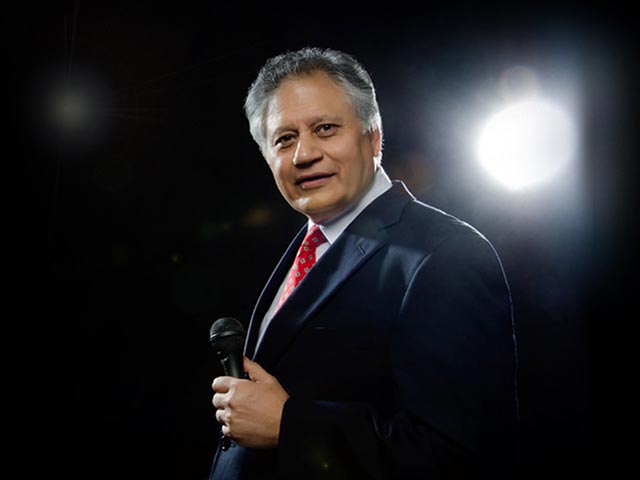 Shiv Khera is an Indian author, activist and motivational speaker. Anything is possible to achieve by psyching oneself with positive thinking. Shiv is surely defines this phrase for his success wasn’t an easy one. He went through a lot of failures and setbacks but he walked past all these with great confidence and hard work. He firmly believes that it is will power that contributes more to success than skills. Forming bonds and developing people skills is a very much essential part. He tasted the essence of succes after having his fair share of failures.

Shiv Khera’s was born into a business oriented family that operated coal mines. However unluckily this eventually got nationalized by the Indian government. During his early stages in life, he found it very difficult to make ends meet. He worked as a car washer, a life insurance agent, and a franchise operator. He worked several odd jobs during this phase but he didn’t lose hope. With time he realized he was passionate about writing and he wanted to spread the positivity to people around the globe through his thoughts.

After several months of hard work when his book, Freedom Is Not Free was published, Amrit Lal, a retired Indian civil servant, accused Khera of plagiarism. He alleged that this book contained content that directly came from his own book India Enough Is Enough, published 8 years earlier. Additionally, he accused saying that he found that numerous anecdotes, jokes and quotes in Khera’s other books were also used without stating the proper citations and sources. Shiv Khera accepted that he did take up notes and inspirations from several sources and due to the numerous ones he lost track of them all. Lal finally accepted an out-of-court settlement for an undisclosed sum of money. This cost Shiv a lot of money despite stating the truth. Any other person could have easily given up but Shiv Khera wasn’t one of them. He was persistent and hardworking and wanted to make a difference.

Shiv Khera faced a lot of step backs and struggles but never gave up. He was jobless for a long period but kept on trying. Life changed for him when he met the world renowned positive thinker Norman Vincent Peale. While he was initially kept blaming the world for his failures he realized that one was responsible for his own failures. He started believing that until and unless people start accepting their failures and own responsibility, they cannot succeed in life. He solely followed this and the turns of his life prove that confidence and hard work are the essential keys to success.

The major life lesson Shiv Khera is to always stay positive and to keep moving forward. Don’t let your failures define your. Every success story surely does have a backstory of several failures. Failures are a apart of life and everybody has to encounter these in different phases of life. Never give up. Keep yourself motivated and never lose your confidence. Success is not too far when your have a well set goals and are determined to work consistently towards it.

Also Read : George Steinbrenner | Failure is not an alternative to success

When was Shiv Khera born?

Which is Shiv Khera's first book?

In 1998, he came up with his first book-You Can Win, which turned out to be his best seller book.

Thomas Edison | The genius who never gave up

George Steinbrenner | Failure is not an alternative to success