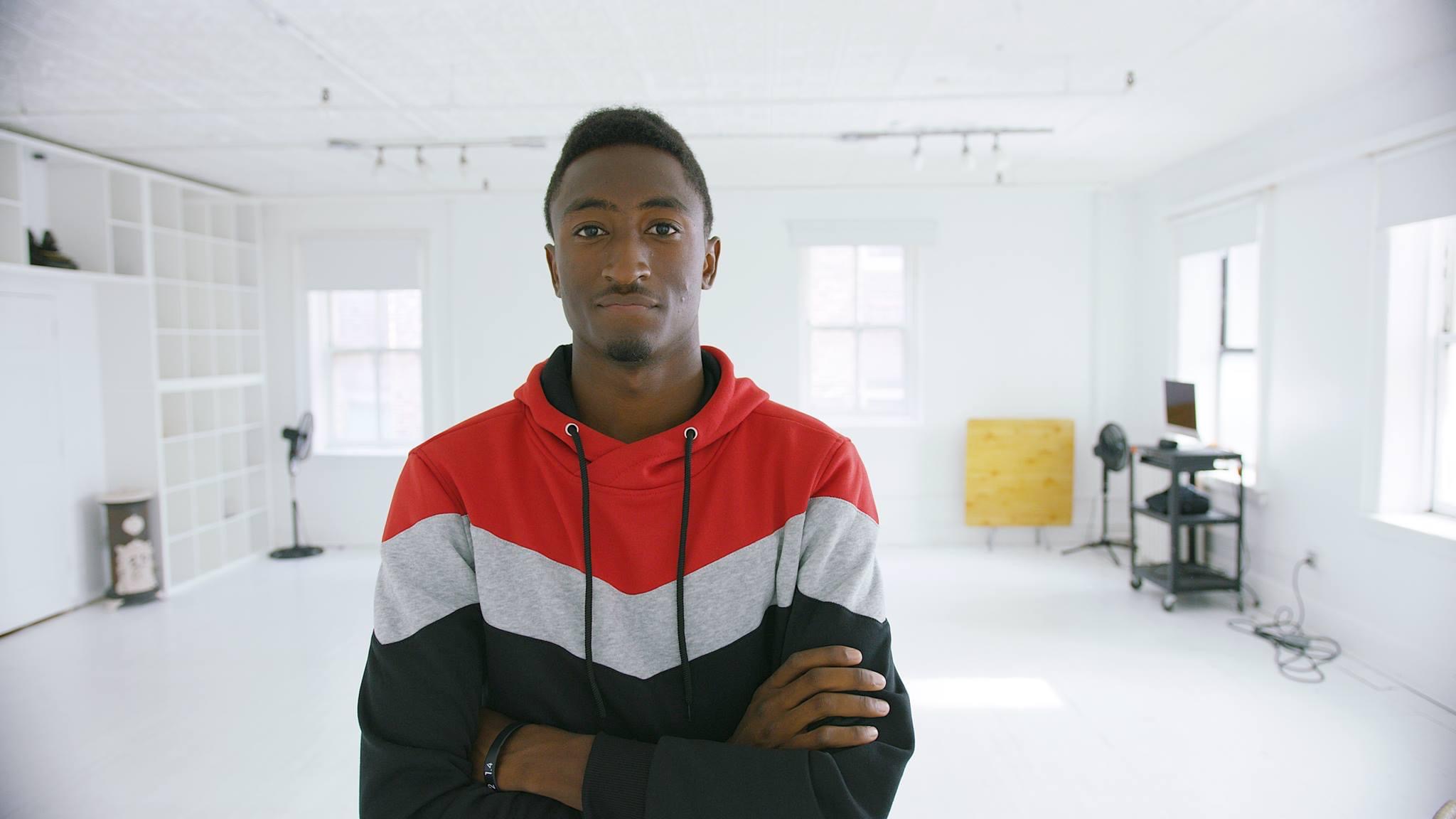 Marques Brownlee, professionally known as MKBHD, is a YouTuber and professional Ultimate Frisbee player. He’s famous for creating in-depth and honest tech-related content. He’s been named one of the world’s finest tech gadget reviewers. At the age of 28, he has become a world-famous content creator.

Contents hide
1 About
2 Early Life
3 New Beginnings
4 Breakthrough
5 2019
6 2020-Present
7 How old is Marques Brownlee?
8 What is the net worth of MKBHD?
9 Where did Marques Brownlee go to college?

Marques Brownlee came to the spotlight in 2013 after performing scratch tests on the LG G Flex device. Within 24 hours of uploading the video, the views reached 1 million. Marques is popularly known as MKBHD. MKB is the initials of his name, whereas HD stands for High Definition. With over 2 Billion views on his YouTube channel, he has turned gadget reviews and tutorials into a multi-million dollar business.

On the 3rd of December, 1993, Marques Keith Brownlee was born in Maplewood, New Jersey, USA. His father, Marlon Brownlee, owned a consultancy business. In contrast, his mother, Jeaniene Mosley Brownlee, served as the President of the Orange Middle School PTA & Columbia High School Home & School Association. Marques has a younger sister named Simone. Marques spent most of his childhood with his sister since both the parents had to travel to different cities for work. For schooling, Marques got admission to Columbia High School, Maplewood. Upon reaching the eighth grade, Marques started playing golf and the Ultimate Frisbee game. Simultaneously, he developed an interest in vlogging. However, Marques didn’t want these activities to affect his academics. He made sure that he balanced his studies and extracurricular activities.

On the 21st of March 2008, Marques created a YouTube channel under his name. Initially, he posted some golf-related videos featuring him displaying some golf course swings. In January 2009, Marques decided to upload tech-related content. He started reviewing the gadgets he already owned. His first gadget review was about HP Pavilion DV 70, his first desktop. He created hundreds of videos based primarily on freeware and hardware tutorials. Most of them were produced through screen casting. In 2009, Marques uploaded his 100th video on YouTube. He worked hard to upload videos frequently. However, he was only able to attract 74 subscribers.

In the first three years, Marques’ channel’s growth was slow. He was working hard, but he had no option but to rely on luck and YouTube’s algorithm. By April 2009, he reached 750 subscribers. That’s when he got the idea to reach out to newer audiences. He started working on the concept and finally, after two years, made his first collaboration. He collaborated with a friend and fellow gadget reviewer, Austin Evans. Marques made more than 30 videos in collaboration with other YouTubers. Soon, he started gaining followers. Seeing his growth, tech companies began approaching him. He started getting offers for product reviewing.

In November 2013, Marques uploaded a video on his channel which featured him performing scratch tests on the LG G Flex. It was the first smartphone by LG with a flexible display and self-healing rear cover. The video gained 1 million views within 24 hours of uploading. Following the video’s success, Marques got to interview Dennis Woodside, CEO of Motorola. In 2014, Marques interviewed the famous American blogger and editor Evan Blass. In the same year, he reviewed and performed scratch tests on the sapphire display of the iPhone 6. The video went viral, and Marques’ content was featured in Time Magazine, Forbes, HuffPost, and CNET.

The following year, he got the opportunity to interview his idol, Kobe Bryant. In the interview, Marques asked him about his tech interests and the shoes that Kobe designed in collaboration with Nike. In August 2018, Marques filmed a video in the Tesla Factory and interviewed the CEO of Tesla, Elon Musk. Followed by interviews with Bill Gates, Satya Nadella (CEO of Microsoft), and Mark Zuckerberg.

In December 2019, Marques marked the milestone of 10 million subscribers on YouTube. In the same year, he started hosting technology podcasts. High-profile guests like iJustine, Carl Pei, and Mark Zuckerberg were invited to the podcasts. After that, in the same month, Marques starred in a YouTube original series named Retro Tech. Vox Media Studios’ Produced Retro Tech revolved around the vintage technology products that defined the future. The series consisted of six episodes in which Marques unboxed and reviewed technology products from the past. During the series, many renowned YouTubers were seen with Marques reviewing the life-changing gadgets. iJustine, Jake Baldino, Karlie Kloss, Michael Black, and Casey Neistat were some of them.

In February 2020, Marques interviewed Bill Gates again. Marques asked Bill questions about the current climatic situation of the planet, the educational system, and social media. Following this, Marques interviewed Barack Obama. Both discussed the impact of technology on the government. April 2021 marked the release of the second season of Retro Tech. Throughout the series, Marques collaborated with many YouTube stars. Besides YouTubers, Bill Gates also appeared on the fifth episode of the series Smart Homes. Both of them were seen discussing the future of smart homes and how they could be designed in a way that would help the environment.

After that, in May 2021, Marques interviewed the CEO of Google, Sundar Pichai. In the interview, Marques and Sundar discussed the latest happenings in the Artificial Intelligence department at Google. Recently, Marques reviewed the Mercedes Maybach S580. Here’s a snippet of his review:

How old is Marques Brownlee?

What is the net worth of MKBHD?

Where did Marques Brownlee go to college?

Marques graduated from the ‎Stevens Institute of Technology.

Adele | Success Story of one of Britain’s Greatest Singer